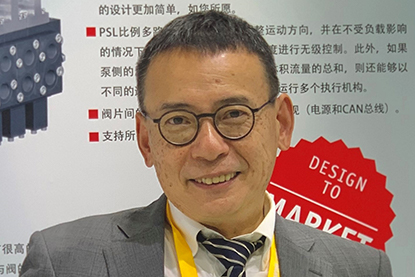 As of January 1, 2021, Jiang Ye will become the fifth member of the Board of Management of HAWE Hydraulik SE as Regional Board Member APAC.

Jiang Ye joined HAWE International Trading in Shanghai in 1999 as General Manager. As an experienced expert of the industrial business in Asia, especially in China, he quickly achieved great success for the HAWE Group in this challenging market. Under his leadership, China developed into the most important foreign market for HAWE Hydraulik and HAWE China became the largest subsidiary.

In his most recent position as "CEO HAWE Asia-Pacific", he implemented the cross-national integration of the subsidiaries and partner companies into a powerful organization in the Asia-Pacific region. The integration and further expansion of the new site in Wuxi/China into a regional operations center also falls within his area of responsibility.

In the future, Jiang Ye will tackle and shape this growth and this new challenge from the Executive Board level. This clearly shows the strategic importance that the APAC region already has for HAWE Hydraulik and that it will be consistently developed further.