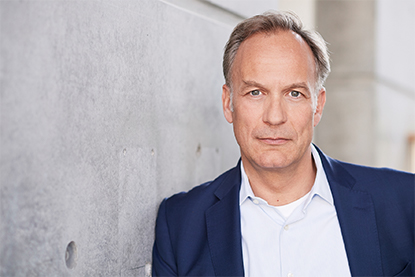 After two terms of office as Vice President, the time has come today, October 9, 2020, for the Chairman of the Supervisory Board and main shareholder of HAWE Hydraulik SE. He was elected President of the VDMA (Mechanical Engineering Industry Association), Europe's largest industrial association, at the headquarters in Frankfurt am Main.

With around 3,300 members, this association represents the interests of the capital goods industry, which is strongly characterized by medium-sized companies, vis-à-vis institutions from politics and society as well as business, science, authorities and the media.

As newly elected president, he succeeds Carl Martin Welcker, managing director of Alfred H. Schütte GmbH & Co. KG from Cologne. From 2008 to 2014, Karl Haeusgen was already Chairman of the Board of the Mechanical Engineering Industry Association. He has thus been familiar with the association's business for over 12 years.

The President of the Mechanical Engineering Industry Association is an important discussion partner for politicians not only in Berlin but also in Brussels. As the largest European industrial association, theVDMA has set itself the goal of actively and constructively supporting European politics with European positions. The big issues of the coming decades, climate change and digitalization are primarily European topics. Beyond the borders of the EU, the current issues of free trade, coping with the Corona crisis and social globalization are also topics of discussion on which the future VDMA president will comment. The employees of HAWE Hydraulik SE share Karl Haeusgen's enthusiasm for this new task, their long-standing member of the management board and CEO.