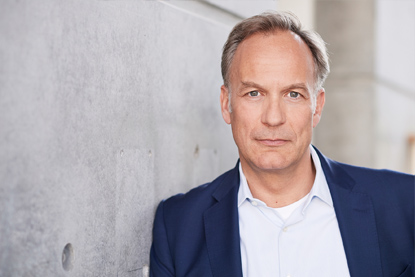 Karl Haeusgen was elected Chairman of the Supervisory Board of HAWE Hydraulik SE on June 28, 2019. Robert Schullan, who has been responsible for Market Relationship Management since 2018, will be the new CEO in the four-member HAWE Management Board team.

"The timing for the roll change is perfect." Karl Haeusgen comments on his move from the Board of Management to the Supervisory Board of HAWE Hydraulik. "2018 was one of the best years in the history of HAWE, the corporate strategy has been realigned and some exciting strategic projects are in flux. In addition, Hans-Jürgen Thaus, who has been a member of HAWE's Supervisory Board since 2015 and has also been its Chairman since then, is retiring on 27 June 2019.

“As Chairman of the Supervisory Board, I gain time and freedom to focus more intensively than before on the strategic and long-term outlook for the future and to bring the resulting ideas and concepts into the company. And I look forward to being able to pursue and support these topics from a very strategic, holistic perspective.”, Haeusgen continues.

With Robert Schullan, HAWE Hydraulik has a CEO who knows the company and at the same time has a fresh, neutral view from the outside. He brings a large network and a wealth of experience from his long management career at Schaeffler. Wolfgang Sochor, as his deputy and COO, knows all corners of the company, the culture, the people, the structures thanks to his long affiliation with the company. His topic is the achievement of "operational excellence", which is decisive for the success of HAWE Hydraulik. Together with Markus Unterstein (CFO) and Axel Schwerdtfeger (CTO), the HAWE Management Team stands for an optimal combination of internal and external experience and competence.