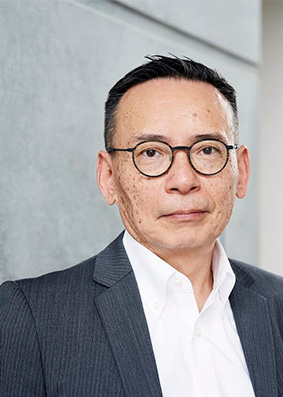 Jiang Ye has been the Executive Board member responsible for the region "APAC" since January 2021.

As an experienced expert of the industrial business in Asia, especially in China, he quickly achieved great success for the HAWE Group in the challenging market. Under his leadership, China developed into the most important foreign market for HAWE Hydraulik and HAWE China became the largest subsidiary. In his most recent position as "CEO HAWE Asia-Pacific" he implemented the cross-national merging of the subsidiaries and partner companies into a powerful organization in the Asia-Pacific region.

In 1999, Jiang Ye accepted Mrs. and Mr. Haeusgen's invitation to join HAWE and became Managing Director of HAWE International Trading, which had been founded a year earlier in Shanghai and renamed HAWE Oil-Hydraulic Technology a few years later. In the 1990s, Jiang Ye experienced China's first wave of industrialization as a sales representative and later as an independent entrepreneur. He had his first contact with HAWE while working for a well-known German manufacturer of concrete pump trucks in the mid-90s.

He started his professional career in the late 80's at one of the leading engineering companies in Germany and participated in numerous petrochemical plant construction projects during the reunification period in Germany and abroad.

Jiang Ye was born in China and graduated with a bachelor's degree from Tsinghua University in Beijing. In 1985, he came to Germany to complete his master's degree in chemical engineering at the Technical University of Karlsruhe (now KIT).

Jiang Ye is married and has two sons.