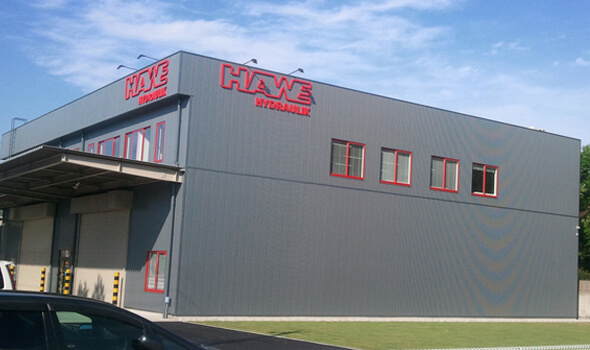 In July 2007, HAWE Daido Hydraulics Ltd. was established as a Japanese subsidiary of HAWE SE of Germany and Daido Machinery K.K., with 80% and 20% equity stakes respectively.

In February 2011, the company became a wholly owned subsidiary of HAWE SE and changed its name to HAWE Japan Ltd.

In May 2012, the head office was relocated from Takiharu-cho, Minami-ku, Nagoya to Yoshimoto-cho, Nakagawa-ku, Nagoya.